Well, this is a classic of French cuisine. Great on a plate of crudity ( with grated carrots in an olive oil and lemon dressing and cooked beetroots with an orange and yogurt dressing). First operation, you need to peel the celeriac, then start cutting it in very small strips…

END_OF_DOCUMENT_TOKEN_TO_BE_REPLACED

I used to know that French chef; arrogant, aggravating, a “je ne sais quoi” of rudeness and a pinch of sarcasm. The whole package. No country and no town were ever good for him, so his judgemental ways forced him to be of the nomadic kind. He rang me one day with the news I have been dreading: “Hello, how are you? Guess what, I am in Ireland!”… Great. Thankfully, I never had to work with him but we did share an interest for food and we met the odd times in the local pub. It wasn’t long before he started criticising the local cuisine. He had developed a particular hatred for Coleslaw, something that was alien to most French people then, but like bacon and cabbage, we had incredibly similar things! I pointed out that “Macedoine” was one of them, a medley of cooked carrots, peas and beans, mixed with lots of mayonnaise and served rolled inside a slice of ham ( now I think about it, it was pretty gross…). The other one, much closer was “remoulade”, thinly sliced strips of raw celeriac, served as a crudity starter; it delivered quite a punch of flavours. He shrugged his shoulders in dismissal and finished his pint.

END_OF_DOCUMENT_TOKEN_TO_BE_REPLACED 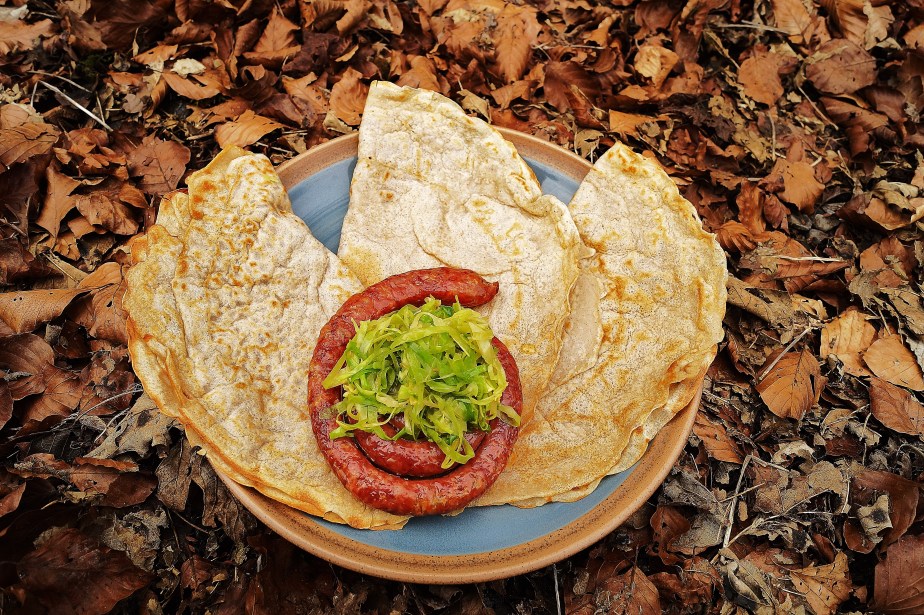 One thing is for sure; in Brittany people do not need an excuse to eat crêpes or pancakes. Whatever you want to call them, we actually call them Krampouezh so (pronounce “Krampooz”). We have two types; the crêpes are for dessert and made with wheat flour, the “galettes” are savoury and made with the legendary buckwheat. It is easy enough to find Buckwheat flour if you check your local health food store. I have selected this recipe which is ideal for both sweet and savoury.

END_OF_DOCUMENT_TOKEN_TO_BE_REPLACED

My mother’s short enough life didn’t get off to a great start. Thinking about it, it didn’t end like a fairytale either, unless you count some of the Grimm Brothers’ work she loved so much, on technicality it qualifies as one.
Born a couple of years after the end of the Second World War, life was tough for most. Beautifully illustrated in Jacques Prevert’s poem “Barbara”, Brest had been levelled by the allies, as well as Lorient, the city where she was born. Raised by her grandmother, her own mum had gone for a brave fresh start in Paris. To make ends meet, my great Gran made pancakes while my mother would deliver them, on foot or with her bicycle. Sometimes, I believe, people would even come in the kitchen of the small dwelling to enjoy the notorious crêpes. The stories of this small enterprise gave my sister and I great entertainment at bedtime; the little girl, who through hardship by selling crêpes with her grandmother, grew up to become a teacher.

END_OF_DOCUMENT_TOKEN_TO_BE_REPLACED

There is a cloud hanging over Ireland for the last three days, red hearts and at the same time pink goo pouring out of every pixels of my laptop. I don’t mind, nor care for either of them. The birds have started singing but it is still quite cold. I opened the fridge, and my neurotransmitters were “doing 90”! How can I satisfy that craving for comfort and inner peace on this dull Friday evening? Hang on… Got it! 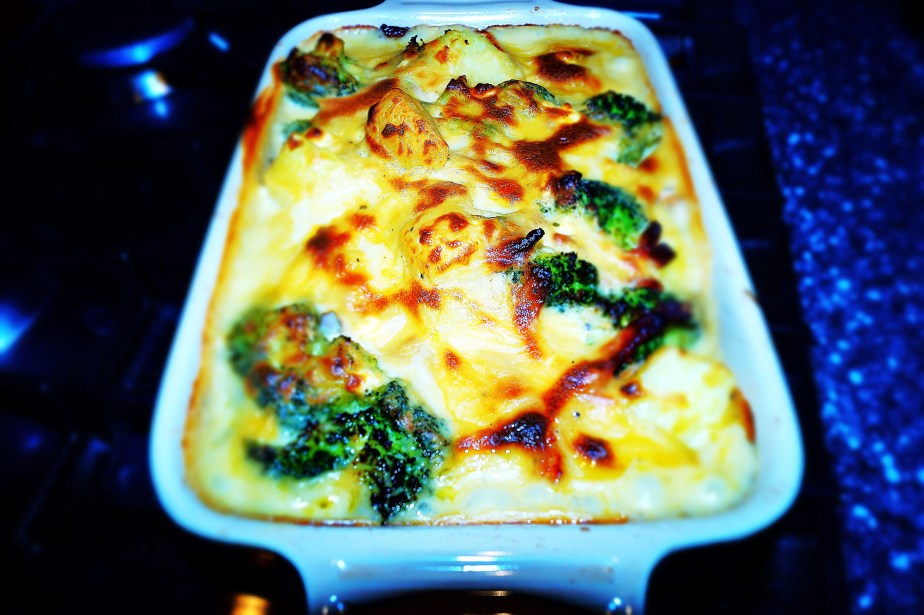 END_OF_DOCUMENT_TOKEN_TO_BE_REPLACED

This as to be one of the top 5 of comfort food. Here is the way I make my mashed potatoes. Nearly almost always…

END_OF_DOCUMENT_TOKEN_TO_BE_REPLACED 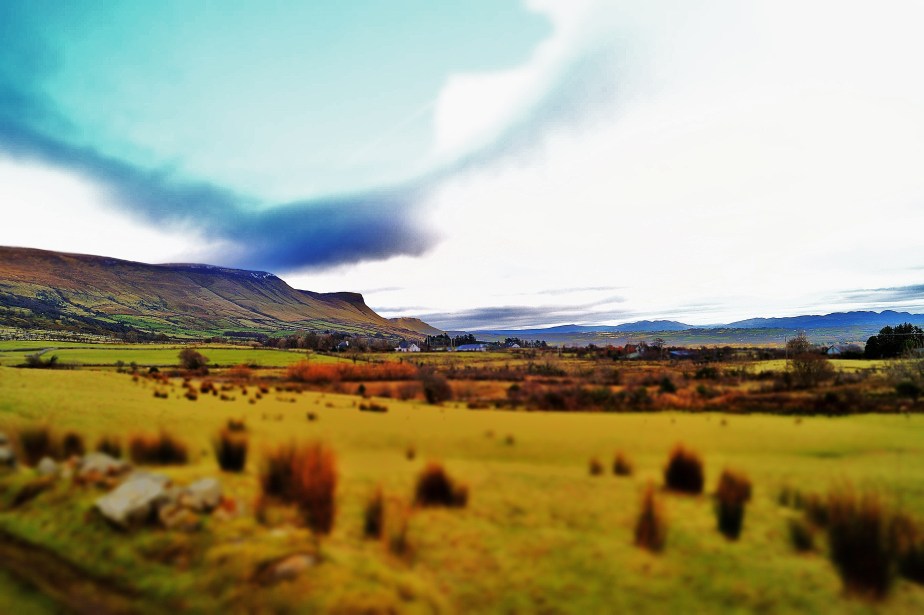 That was it. I finally got there, woken up from an uncomfortable sleep. The nasal call screech from the bus ‘speakerphones announced my arrival to the antechamber of the “Big North West”; after reading all the books, attended conferences and Dervish like audiovisual slide shows. My Bus Eireann ride was laboriously one point turning and reversing into its terminus allocated space; A skilled job well done. While the warning lights and the monotonic Morse code like reverse gear of my ride were still on, I took my green and yellow rucksack as well as a couple of unmatched travelling bags from the hold. It was late and pitch black; no amazing landscape I got drawn to a few months back, just the warning orange beacons of a 45 sitter on wheels, and the olfactory welcome of a turf and coal shandy, spewing from chimneys of the neighbouring terraces. I was only three hundred yards from my friends’ home, a safe house, a warm bed and a line in the proverbial sand that was going to be a brand new life. We all have to begin somewhere; Sligo Town was to be my Starting Blocks and I never looked back.

END_OF_DOCUMENT_TOKEN_TO_BE_REPLACED 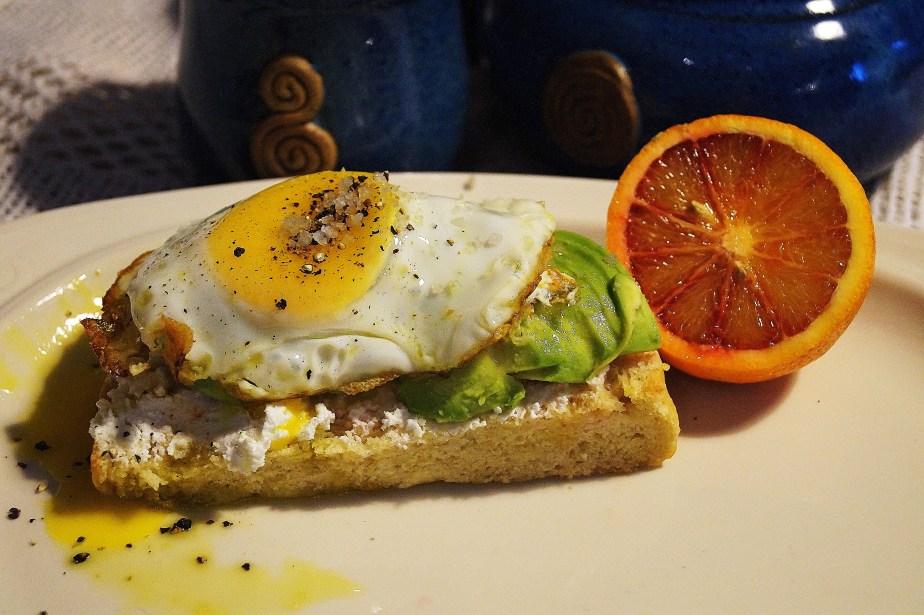 I often make that bread; focaccia like, it works really well with a full Irish or a healthier breakfast like this one. I also serve it when I make a curry or even Couscous, you know, for the sauce. So Hungry “B”’s bread? Here we go.

END_OF_DOCUMENT_TOKEN_TO_BE_REPLACED

This is based on a stew Story

If I was to be asked about Irish Optimism, my left eyebrow would probably rise ½ an inch higher than it would normally sit. While my – normally placid – face would stare at my interlocutor, I would find very hard to swallow the fact that February 2nd is, to some, the beginning of springtime. I have, to my advantage, a strong case to present. Exhibit 1./ A giant poster of the Moon that saw me growing up. Exhibit2./ A light globe that has been at my bedside table for the best part of my youth… Exhibit3/. The fact that there is still a lot of snow on my townland and that the lovely lady from RTE TV Irish weather forecast, warned us that our area could reach a possible- 8c tonight; With a potential risk of snow. Call me weird, but when it comes to Spring, I am more of a March 20th kinda guy.